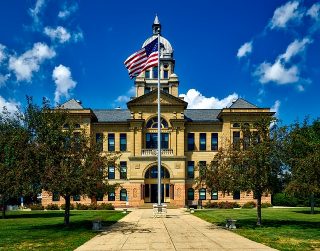 By Anthony Hazard – Cal Western School of Law Class of 2016

KYLIE. In the beginning there was one. For over two decades, Kylie Minogue claimed the name, rising to fame as an international pop star. Beginning in 1987, the Australian singer has built her brand, transitioning into a “fashion icon, designer, entrepreneur, actress and philanthropist.” For the past ten years Minogue has held the registered trademark for “Kylie Minogue,” “Kylie Minogue Darling,” “Lucky-The Kylie Minogue Musical,” and “Kylie” in the class for entertainment/music recordings. However, Minogue’s reign as the the worlds most famous Kylie is under siege by the youngest child of one of the most famous families in the world.

Kylie Jenner is a reality television personality, best known for her appearances on the E! series Keeping Up with the Kardashians. In an attempt to keep up and live up to the family name, the eighteen-year old daughter of Kris Kardashian and Kaitlyn Jenner has already begun to brand herself. In 2012, Jenner teamed up with her sister Kendall and PacSun to create their own line of clothing “Kendall & Kylie.” Jenner has over 80 million followers on social media and Time magazine named the Jenner sisters in “The Most Influential Teens of 2014.” Most recently, Jenner has experienced success with the Kylie Lip Kit, a popular beauty product, and her widely followed beauty blog. Thus, there is an increasing need to protect her expanding brand.

In late February, the two took the fight for the “Kylie” brand to the United States Patent and Trademark Office (“USPTO”). Minogue filed a notice of opposition to Jenner’s 2015 trademark application, claiming that Minogue’s brand will be damaged if Jenner gets a registered trademark for “Kylie” in the class of goods/services. The opposition pulled no punches, characterizing Jenner as a “secondary reality television personality,” while portraying Minogue as philanthropic breast cancer survivor and mega-star.

While celebrity feuds are always entertaining, the legal question is equally intriguing. The USPTO reserves the right to deny a trademark application based on the “Likelihood of Confusion”. Minogue’s opposition argues that such likelihood exists and, due to her already existing trademarks and her positive image, any association between Jenner and herself would seriously dilute her brand. In support of this argument, Minogue contrasts her own philanthropic good-will with Jenner’s dicey social-media reputation, for which she has “drawn criticism from…the Disability rights and African American communities.”

Minogue’s longstanding association with the name might be enough to sway the USPTO, but it is important to remember who she is up against. The Jenners and the Kardashians have become synonymous in todays culture with image and branding, reaching the highest levels of fame regardless of their actual accomplishments. It seems unlikely that the daughter of the Olympic champion Kaitlyn Jenner will back down without a fierce fight for the title of the undisputed “Kylie” of the world.