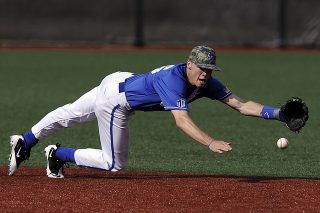 Three former minor league baseball players are suing Major League Baseball (MLB), MLB Commissioner Bud Selig, and each of their former teams (San Francisco Giants, Kansas City Royals, and Miami Marlins) in U.S. District Court for the Northern District of California for violations of wage and overtime laws. The three hope to expand their suit to a class action lawsuit on behalf of many other minor league players.

The data seems to back up their claim. While the minimum salary in MLB is $500,000, most minor league players only earn $3,000 to $7,500 per five-month season. This places most players below the federal poverty level, which is $11,490. These wages have statistically been low. Since 1976, minor league salaries have only risen by 75 percent, and when accounting for inflation, minor league players are actually making less today than they were in 1976. MLB has been able to keep these wages low due to an exemption under antitrust laws that allows it to unilaterally set salaries for minor league players.

The players’ core argument is that baseball has violated the Fair Labor Standards Act (FLSA). The FLSA requires that pay not fall below minimum wage, and overtime (time in excess of 40 hours per week) be paid at one and one half times the usual pay rate. In the suit, the players describe 60 to 70 hour working weeks, and unpaid time for extra training. The players are claiming back wages for uncompensated and under-compensated labor.

MLB is expected to answer the complaint this month, and is expected to raise many defenses against the players’ claim. One of those defenses is that the players voluntarily accepted the terms of their employment, including their wages, when they signed a contract. Another possible defense is that under the FLSA, “professional employees,” or professional athletes, who perform unique or original work, are not entitled to overtime pay, due to the unusual hours and demanding work schedule. Should the lawsuit be granted class action status, MLB may also have the statute of limitations, which is 2 to 3 years for FLSA claims, on its side, preventing many retired players from joining the class.

For more information on this suit, check out Michael McCann’s article on Sports Illustrated at http://www.si.com/mlb/2014/02/12/minor-league-baseball-players-lawsuit.