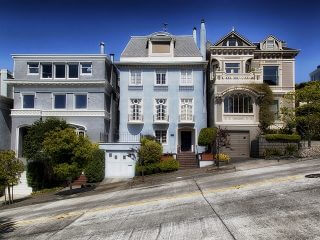 Since 2008, approximately 1.2 million Californians have lost their homes to foreclosure. Foreclosures affect not only those whose homes were actually foreclosed on, but neighboring homes as well. A Harvard/MIT study titled, “Forced Sales and House Prices,” found that sellers within a quarter mile of a foreclosed home took a price hit. The study further provided that if a home on the market is within roughly .05 miles (250 feet) of a foreclosed home, the estimated value of the home decreases 1%. If there are several foreclosed homes in the neighborhood, the value of the home decreases even further.

Up until the beginning of 2013, there were no laws holding banks accountable for their improper foreclosure practices. Many banks practiced dual tracking, which allowed banks to foreclose on homes even if a homeowner’s loan modification application was being reviewed. Banks filed foreclosure documents before proving they were in fact the mortgage holders. Homeowners, who submitted loan modification applications, did not have a single point of contact – they did not know who to call, were transferred from representative to representative and had to explain their situation over and over again, which prolonged the application process and never really provided the answers the borrowers needed. Banks also engaged in what became known as “robosigning,” which is a term used when banks record mortgage documents, which are not verified and fraudulently signed, with no fear of being penalized.

The California Homeowner Bill of Rights became effective on January 1, 2013. The new laws were enacted to help avoid foreclosure and stabilize the state’s housing market. The Bill of Rights are guaranteed to provide basic fairness and transparency to homeowners and are intended to help avoid the substantial negative effects of foreclosures on families, communities and the state and local economies. These laws intend to provide stability to California’s economies by facilitating opportunities for borrowers to engage in loss mitigation options. By imposing penalties, these new laws ensure banks are held accountable for their actions.

Some of the Homeowners’ Bill of Rights’ key provisions includes:

California Civil Code §2923.6 restricts dual tracking. Mortgage services are restricted from going forward with the foreclosure process if a homeowner is trying to secure a loan modification. This law ensures a home is safe from foreclosure until a decision is reached on their application.

California Civil Code §2923.7 provides a single point of contact, who knows the facts of their case, collects the documents and keeps the homeowner up to date on all information.

California Civil Code §2924.17 ensures banks verify documents before the documents are recorded by subjecting banks to a $7,500 penalty if the recording requirements are violated. This provision mandates that mortgage servicers prove they are the mortgage holder and have the right to foreclose on the property.