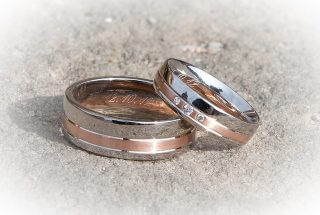 The topic of same-sex marriage is both highly controversial and increasingly poignant in modern American politics. For most of the time, President Obama has made a devout commitment to raise awareness and promote equality across all lines of sexual orientation. Today, that issue is at the forefront of our discourse, and is being contemplated by the Supreme Court. Below is a brief synopsis of the issues the court is grappling with and the path it took to get here.

In 1996, Congress enacted the Defense of Marriage Act (DOMA) which contained two key provisions: Section 2 and Section 3. Section 2 of DOMA, granted states the right to deny legal standing to same-sex couples with lawfully recognized marriages in other states. Section 2 was in part a response to Hawaii’s 1993 Supreme Court ruling recognizing same-sex marriage under state law. Baehr v. Lewin, 74 Haw. 530. Soon after Baeher, Hawaii’s state legislature amended the state’s constitution to permit the barring of same-sex marriages, effectively reinstating the gay marriage ban. The controversy arose under Article IV, Section 1 of the U.S. Constitution which required states to give “full faith and credit . . . to the public acts, records, and judicial proceedings of every other state,” subject to congressional limitations. However, the Court’s initial ruling raised at least theoretical possibilities of forcing other states to acknowledge the legally recognized same-sex marriages from Hawaii.

Congress carved out an exception to the “full faith and credit” clause in DOMA, excusing states of their obligation to honor same-sex marriages recognized in other states. Challenging the law on Section 2 turned out to be unwieldy because plaintiffs could not get past the threshold issue of standing. In order to have standing, plaintiffs had to show sufficient injury, most likely resulting from a valid marriage in Hawaii, followed by relocation to a state that refuses to recognize their right, thereby denying them state benefits and programs. Smelt v. County of Orange, 447 F. 3d 673, (9th Circuit).

Section 3 of DOMA, is the key provision presently under scrutiny by the Supreme Court. Section 3 defined the term “marriage” for purposes of federal law as between a man and a woman, and the term “spouse” as a husband or wife of the opposite sex. This distinction effectively prevented and continues to prevent same-sex couples from enjoying the substantive rights that straight couples posses, including filing joint tax returns, Social Security survivor benefits, and family enrollment in federal employee health care programs. In part, the issue rests upon a careful balancing of governmental interests against the substantive rights of the individual to freely form a legally recognized marriage. On one hand, the government objectifies traditional marriage, promotes procreation and an optimal environment to raise children, upholds stability in opposite-sex relationships, while trying to preserve resources. On the other, there is a need to resolve unsettled law amongst federal and state courts.

Currently, the same-sex prohibition is extended by statute in nine states, by state constitutions in thirty states, and prohibits civil unions in nineteen states. Same-sex marriages are either authorized or recognized as valid by twelve states as of January, 2013. Additionally, DOMA has been struck down as unconstitutional in eight federal courts, placing the law in flux. As it stands, no state is required to give effect to any proceeding of another state respecting the relationship between same-sex couples treated as marriage. In other words, no state has to recognize same-sex marriage from another state due to the exceptions carved out by Congress as mentioned above.

In 2007, Edith Windsor and Thea Spyer, residents of New York, married in Toronto, Ontario after forty years of romantic partnership. In 2009, a time when New York recognized legally formed same-sex marriages from other jurisdictions; Thea Spyer passed away. Upon Spyer’s passing, Windsor was required to pay more than $385,000.00 in federal estate taxes on her inheritance, none of which would have to be paid if federal law accorded their marriage the same status as same-sex marriages. Windsor v. U.S., 833 F. Supp. 2d 394.

Windsor retained the firm of Paul,Weiss, Rifkind, Wharton & Garrison, who then partnered with the American Civil Liberties Union (ACLU) to file a complaint on behalf of Windsor as executrix of Spyer’s estate in the U.S. District Court for the Southern District of New York. On February 23, 2011, Attorney General Eric Holder announced that the Obama administration would no longer defend the constitutionality of Section 3 of DOMA based on the new imperative that sexual orientation should be subject to heightened scrutiny. Heightened scrutiny is a constitutional test whereby in order to discriminate on the basis of sexual orientation, the law must advance an important governmental interest, the intrusion must significantly further that interest, and the intrusion must be necessary to further that interest. Opposing Windsor, Paul Clement on behalf of the Bipartisan Legal Advisory Group (BLAG) of the House of Representatives, filed a motion requesting to intervene and defend the constitutionality of Section 3 of DOMA. The Department of Justice did not resist Mr. Clement and on June 6, 2012, Judge Barbara S. Jones ruled that, based on rational basis review, Section 3 of DOMA violated Plaintiff’s Fifth Amendment rights under the equal protection guarantees and awarded her an estate tax refund. Windsor v. U.S., 833 F. Supp. 2d 394, at 406.

On appeal, the Court made unprecedented findings in favor of the LGBT community, holding that “(A) homosexuals as a group have historically endured persecution and discrimination; (B) homosexuality has no relation to aptitude or ability to contribute to society; (C) homosexuals are a discernible group with non-obvious distinguishing characteristics; (D) the class remains a politically weakened minority.” Windsor v. United States, 699 F. 3d 169, at 181-82. Because homosexuals were classified as a “Quasi-Suspect Class,” any law curtailing their rights would be analyzed under intermediate scrutiny, a test requiring the showing of a substantial relationship between an important governmental interest and the furthering of that interest. Because DOMA could not pass the intermediate scrutiny test, it was struck down as unconstitutional under the equal protection clause of the Fifth Amendment.

On December 7, 2012, the Supreme Court granted certiorari in the case United States v. Windsor to determine amongst multiple issues, whether Section 3 of DOMA violates the Fifth Amendment guarantee of equal protection. United States v. Windsor, 133 S. Ct. 786. The Supreme Court scheduled oral arguments on March 27, 2013, and an expected decision should come approximately twelve to fourteen weeks later. Tensions from politically interested parties are on the rise as media and news outlets increase their coverage on this contentious matter. On February 26, 2013, more than six dozen Republicans filed a joint amicus brief with the high court, voicing their support for gay marriage. The following day, over three hundred companies including Apple, Google, eBay, and Morgan Stanley announced intentions to do the same. The Obama administration has also filed an amicus brief urging the Court to strike down DOMA. While uncertainty around the final outcome ofWindsor is looming, gay rights supporters remain optimistic that the high court will overturn DOMA and stay generally consistent with lower court rulings.