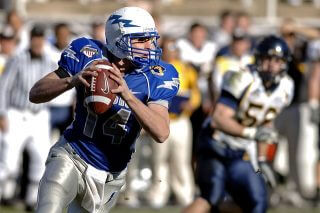 In May of 2012, Junior Seau, the iconic Charger’s football player, committed suicide by shooting himself in the chest. His biopsy revealed that he suffered from chronic traumatic encephalopathy (CTE), a debilitating brain disease, which was caused by repetitive injuries or hits to the head. On Wednesday, January 23, 2013, Seau’s family filed a lawsuit against the National Football League, alleging wrongful death, fraud, fraudulent concealment, negligence, and other causes of action.

The 56-page complaint asserts the NFL was aware of the extensive evidence linking CTE to long-term neurological problems, but ignored and actively concealed this information due to economic motives. The complaint also states the NFL produced falsified, industry-funded research in favor of the view that head impacts don’t lead to serious problems. After Seau’s many concussions, he began experiencing various symptoms such as depression, the inability to relate to his loved ones, becoming aggressive, and self-medication through alcoholism and gambling, which eventually led to his suicide. The family claims these symptoms are well known effects of CTE and asserts that the NFL is the proximate cause of the disease, disorders, and his death.

Thousands of retired NFL players and their families have filed similar lawsuits against the NFL for concealing such information. At least two other NFL players also had brain diseases and ended up committing suicide.

Although these chilling details are quite persuasive as to the NFL’s blameworthiness for actively downplaying the seriousness of repetitive hits to the head (and should consider taking stricter measures for the safety of their players), the assertion that NFL’s acts and omissions caused Seau’s death seems unpersuasive and severely lacks evidence.

In order to prove the NFL caused Seau’s death and disorders, Seau’s family must prove that Seau would not have suffered from CTE or committed suicide but for the NFL’s concealment. While the family emphasizes the existence and effects of Seau’s disorder and stresses the NFL’s active concealment of the seriousness of such a disorder, the complaint appears silent as to any evidence that would suggest the concealment was the main cause of his disease or death.

The Seau’s could argue that when team and league doctors authorized Seau to reenter games almost immediately after taking severe hits to his head, the NFL agents were concealing the seriousness of Seau’s injuries. But then the Seau’s are dealing with medical malpractice which creates an entirely new set of issues.

Even then, the NFL can argue that Seau chose on his own accord to reenter the game after being examined by a team physician. It is not hard to believe that Seau went back into the game because he wanted to win, regardless of the consequences. “Of course he had [acquired concussions during games]. He always bounced back and kept on playing . . . He’s a warrior. That didn’t stop him. I don’t know what football player hasn’t. It’s not ballet. It’s part of the game”, said Seau’s ex-wife regarding concussions Seau received during football games. In addition to her comments, Seau gained great fame because of his passion and drive for the game. Seau’s mental illness may have damaged Seau’s ability to judge the dangerous consequences of his decisions and actions.

Even if Seau’s family can prove that the NFL actively concealed Seau’s disease, the NFL can still argue that the doctor’s had limited medical information and that Seau was properly informed of the present condition and made his own decision to return to the game. In other words, Seau assumed the risk. The Seau’s will have a difficult time prevailing in this case but the cost to the NFL both economically and in the court of public opinion should impact the manner in which the NFL addresses player safety in the future.