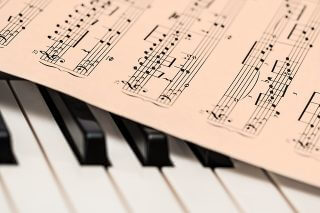 “Got to Give it Up” v. “Blurred Lines”: Jury Returns $7.3M Verdict Against Robin Thick and Pharrell Williams for Copyright Infringement

As quoted by Isaac Newton, “If I have seen further, it is by standing on the shoulders of giants.” This quote should be a copyright caveat that performers cannot simply stand on the shoulders of their predecessors and claim their ascendance to great heights as their own.

The end of year 2013 gave rise to a litigation battle between the children of the influential American singer-songwriter, Marvin Gaye, and the 21st century pop culture stars, Robin Thick, and Pharrell Williams. The controversy revolved around the rights to the similar melodies found in Thicke’s 2013 hit single “Blurred Lines” and Gaye’s “Got to Give it Up.” On August 15, 2013, merely five months after the hit single was released, Thicke and Pharrell brought an action in U.S. District Court seeking a finding that “Blurred Lines” does not infringe on Gaye’s copyright in the song “Got to Give it Up.” In response, Gaye’s family counterclaimed seeking contributions for copyright infringement. In this classic scenario where the hunter becomes the hunted, the District Court denied Thicke and Pharrel’s claims and sustained the counterclaim for copyright infringement.

Where the Copyright Infringement Occurred: The Melody

Copyright infringement requires the ownership of a valid copyright and copying of fundamental elements of the work that are original. Although plagiarism of the melody in “Got to Give it Up” may appear blatantly obvious, “Blurred Lines” does not directly copy the tempo, rhythm, and pitch of the song; but it is substantially similar. Since direct copying is usually difficult to prove, showing substantial similarity between two works has become the standard for proving copyright infringement. As an additional requirement to the substantial similarity standard, the owners of the rights must show that the infringer had access to the copyrighted material. The infringer’s access to the material will then negate any presumption that the plagiarism was coincidental.

In argument, Thicke and Pharrell attempted to claim the similarities were coincidental, and even if similar, there was no substantial similarities in the melodies, lyrics, or vocals to warrant liability. Their arguments were difficult to advance given their access to the copyrighted material and the abnormally similar percussion beats in both songs. Leaving the duo’s arguments aside, determining substantial similarity is more of a science than an opinion. Specifically, a two part test is applied in analyzing the intrinsic and extrinsic elements of a musical work. The intrinsic elements are analyzed subjectively by the jury when comparing similarities between the two works. The extrinsic elements, on the other hand, are compared through a process called “analytical dissection.” The process begins by breaking down the works into their most fundamental parts (e.g. tempo, pitch of percussion, pitch of vocals, lyrical choice) and then comparing those parts for proof of copying as measured by substantial similarity.

Musicologist, Judith Finell, provided her expert report to the District Court which identified the substantial similarities in the two works through “analytical dissection” and found eight substantially similar features including: keyboard sections, signature phrase in melodies, backup vocals, backup hooks, bass melodies, core theme, etc. Commenting on her own analysis, Finell opined that it is highly improbably for an artist to accidentally mimic such a specific melodic constellation. At trial, the 8 person jury agreed with Finell and awarded $7.3 million to Gaye’s estate after applying the intrinsic element analysis and finding substantial similarities in melody, tempo, and vocal pitch.

Sometimes it Doesn’t Pay to Play

In the beginning, Thicke and Pharrel believed they could eliminate all liability by initiating the action but ultimately paid the price for plagiarism. After the court denied all their claims, the pop star duo found themselves defending against their own action as counter-claim defendants for not expressing enough originality in their work. Ironically, there is a blurred line between what is original and what is copied and sometimes artist land in the wrong category. It is difficult to know exactly how much individualized expression is needed to sever the new work from the old. In the end, the outcome of this case may cause a chilling effect on musicians who attempt to emulate another artist’s sound. Nevertheless, the message conveyed to artists is that with more individualized expression comes less liability.