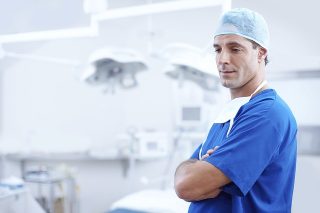 The Enhanced Dental Care for Veterans Act of 2013 was introduced to congress on October 28, 2013. If passed, it could have a positive impact on veterans who do not have access to dental care. Including veterans like Jim Wolf.

The video of Jim Wolf’s physical transformation was posted on YouTube November 6th, and within 2 weeks it had over 15,000,000 views. Many have called the transformation a stunning example of the power that physical appearance has on a person’s self esteem and worth. But there was one thing the makeover team could not transform. Jim Wolf’s brief smile toward the end of the video shows the result of years of neglected dental care. Even in a designer suit, his smile will have an impact on his job prospects.

Dental care is not usually a priority for some homeless. According to the National Coalition for Homeless Veterans, it is estimated that one out of every four homeless adults are veterans. Mental illness and physical disabilities are contributed to the large number of homeless veterans. Lack of resources and awareness is another contributing factor.

The Enhanced Dental Care for Veterans Act has the potential of offering a valuable resource to the people who have served our county.