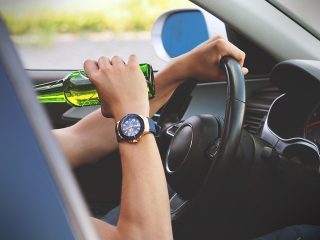 Every day, nearly 30 people die in car accidents that involve a drunk driver.[1] That is one death every 48 minutes, which costs taxpayers approximately $51 billion annually.[2] Most tragically, about half of these deaths are child passengers under the age of 14.[3]

MAAD estimates that nearly 300,000 incidents of drunk driving occur every day and these incidents lead to approximately 10,000 fatal crashes, a frightening number that lawmakers and law enforcement struggle to combat and contain.[4] Likewise, this up-hill battle against drunk driving for lawmakers and law enforcement has proved most challenging in San Diego.

A civil lawsuit is the most important step to recover damages for losses and injuries suffered by victims in car accidents that involve a drunk driver. Such victims deserve to know that punitive damages are available for recovery and help ensure that victims injured by drunk drivers have more financial stability.

What Are Punitive Damages

In 1979, California extended punitive damages to drunk drivers in a case called Taylor v. Superior Court.[9] The Court explained in Taylor that, to justify an award for punitive damages, a plaintiff must prove that the “defendant was aware of the probable dangerous consequences of his conduct, and that he wilfully and deliberately failed to avoid those consequences.”[10] Further, the court stated that a defendant who willfully “consumers alcoholic beverages to the point of intoxication, knowing that he thereafter must operate a motor vehicle, thereby combining sharply impaired physical and mental faculties with a vehicle capable of great force and speed, reasonably may be held to exhibit a conscious disregard of the safety of others.”[11] Thus, victims injured by drunk drivers can plead and support a claim for punitive damages in their personal injury cases.

Nonetheless, insured drunk drivers often believe they can hide behind their attorney. However, although these reckless individuals might believe that the only financial loss they may suffer is their attorney’s fees to defend them in their prosecution, these drunk drivers should actually brace themselves for much larger expenses. Punitive damages amounts can potentially be very large, depending on the particular circumstances of each case. Specifically, California law on punitive damages provides legal remedies to those that have been harmed by egregious or reckless conduct, and a perfect example of such conduct is drunk driving.

Victimized plaintiffs deserve to know their remedies for the often incalculable costs of destruction and anguish caused by drunk drivers, because an award of punitive damages can be the difference between financial woes or sustainable financial stability.