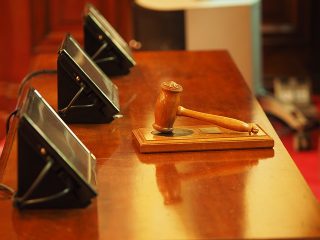 In Nassar, the plaintiff, a physician of Middle Eastern descent who was both a University faculty member and a Hospital staff physician, claimed that he was denied permanent employment at a medical center after complaining about his supervisor’s alleged bias against him. University of Texas Southwestern Medical Center v. Nassar (2013).

The Plaintiff alleged that various employees took concerted efforts to prevent the Hospital from hiring him for a permanent position as a retaliation for the plaintiff complaining about his supervisor harassing him, and therefore the Hospital violated §2000e-3(a) (which prohibits employer retaliation “because [an employee] has opposed . . . an unlawful employment practice . . . or . . . made a [Title VII] charge”). The plaintiff argued that, pursuant to the language in 42 U. S. C. §2000e-2(a), Title VII retaliation claims merely require the plaintiff to show the plaintiff’s opposition to the employer’s employment practice was a “motivating factor” in the employment action.

In considering the plaintiff’s argument, the Supreme Court held that Title VII retaliation claims must be proved according to traditional principles of “but-for” causation, not the lessened causation test stated in §2000e-2(m), based on three reasons.

Second, the structure of title VII supported the employer’s interpretation. Title VII divides status-based discrimination and retaliation into two different provisions, and the 1991 amendment to Title VII was passed as an amendment only to the status-based provision.

Third, the Court rejected the argument made by the employee that, because retaliation can be seen as a form of discrimination, there was no need for Congress to separately mention the retaliation provision. While the Court acknowledged that it had previously interpreted discrimination statutes to implicitly prohibit retaliation, those prior cases were not analogous to the present case. The Court reasoned that Title VII expressly discusses retaliation and therefore retaliation was intended to be treated differently than status-based discrimination.

In Burlington Industries, Inc. v. Ellerth, 524 U. S. 742 (1998), and Faragher v. Boca Raton, 524 U. S. 775 (1998) the court determined that if a harassing employee is the victim’s co-worker, the employer is liable only if the employer was negligent in controlling working conditions. However, in cases in which the harasser is a “supervisor,” the courts will apply different rules. Specifically, if the supervisor’s harassment culminates in a tangible employment action, the employer is strictly liable. However, if no tangible employ­ment action is taken, the employer may avoid liability by establishing, as an affirmative defense, that (1) the employer exercised reasonable care to prevent and correct any harassing behavior and (2) that the plaintiff unreasonably failed to take advantage of the preventive or corrective opportunities that the employer provided. Thus, an employer’s liability for workplace harassment may hinge on the workplace status of the harassing employee.

The Supreme Court determined that the employer in Vance was properly granted summary judgment as to the employee’s Title VII racially hostile work environment claim as there was no evidence that the employer “empowered the catering specialist to take any tangible employment actions against the employee.” Siding with the employer, a five-Justice majority of the Court held that a supervisor is someone with the power to take “tangible employment actions” (like hiring, firing, etc.) against the victim; someone who merely directs the day-to-day activities of a worker does not suffice.

IMPLICATIONS FOR CALIFORNIA EMPLOYERS AND EMPLOYEES

The anti-discriminatory objectives and the overriding public policy purposes of Title VII and California’s Fair Employment and Housing Act (FEHA) are identical, and therefore California Courts often refer to federal decisions where appropriate. See County of Alameda v. Fair Employment & Housing Com. (1984) 153 Cal.App.3d 499, 504. Thus, the holdings in Nassarand Vance could have lasting repercussions for California employers for the following reasons:

1. Nassar could make it harder for plaintiffs to prove causation for “retaliation” claims brought under FEHA.

The holding in Nassar made it clear that a plaintiff must prove “but for” causation in order to prevail on a “retaliation” claim under Title VII, as opposed to the more lenient “motivating factor” standard. Meaning, the plaintiff has to show that the retaliatory employment action would not have occurred “but for” the plaintiff asserting a Title VII violation against his or her employer. The “but for” standard lowers the potential liability of an employer because an employer merely has to show that it would not have hired (or would have fired, etc.) the worker even if it had not taken into consideration the protected activity (administrative complaint, whistleblowing, etc.).

The Take Away: What California employers should take away from the ruling in Nassar is that the California courts could start to move towards the higher “but for” causation standard for “retaliation” claims under FEHA, as the Supreme Court applied in Nassar. For employers, this could mean a reduction in the amount of “retaliation” claims brought against them under FEHA, and less potential liability in the event an employer terminates an employee within close temporal proximity to an employee alleging a FEHA violation.

2. Vance could make it harder for plaintiffs to attach vicarious liability to employers under FEHA.

However, under California’s FEHA, Government Code Section 12926(s), a “supervisor” is defined as:

“any individual having the authority, in the interest of the employer, to hire, transfer, suspend, lay off, recall, promote, discharge, assign, reward, or discipline other employees, or the responsibility to direct them, or to adjust their grievances, or effectively to recommend that action, if, in connection with the foregoing, the exercise of that authority is not of a merely routing or clerical nature, but requires the use of independent judgment.”

In Chapman v. Enos, which was decided prior to Vance, a California state court held that an employee was a “supervisor” within the meaning of FEHA, merely because the employee directed another employees day-to-day duties. Chapman v. Enos (2004) 116 Cal. App. 4th 920, 921. The court relied in part on the plain language of the Government Code which states a supervisor is someone with the “responsibility to direct” another employee.Chapman, 116 Cal. App. 4th 920, 930-931.

The Take Away: California employers should take note that the holding in Vance may lead to a narrowing of the definition of “supervisor” under § 12926(s). The California legislature might use the holding in Vance as a roadmap to amend § 12926(s), and restrict the definition of “supervisor” only to someone with the ability to take “tangible employment actions” against another employee. If the California legislature decides to follow the Supreme Court’s interpretation of Title VII, this could mean less lawsuits in the area of vicarious liability under FEHA and a higher standard to successfully sue an employer based on another employee’s actions.