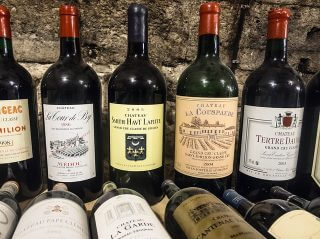 On Friday, January 17, 2014 David McCuaig, Esq. and Matthew Lloyd, Esq. attended the San Diego County Planning and Development Services (“PDS”) workshop regarding the proposed Tiered Winery Ordinance Amendments to San Diego Zoning Ordinance section 6910. The original ordinance, which was adopted on August 4, 2010, was designed to promote the development of agricultural vineyard operations in unincorporated San Diego County. The most important component of the ordinance was the creation of a “Boutique Winery” tier, which allowed small winery operations (less than 12,000 gallons) on zoned agricultural land to operate tasting rooms for the public. Though not without its flaws, the original 2010 ordinance has greatly promoted the growth of boutique wineries in San Diego County and resulted in a vast increase in the number of boutique wineries. The ordinance also has had a significant increase in revenue for San Diego wineries and greatly enhanced the profile of San Diego as a viable viticulture region. The proposed amended ordinance contains several areas of concern, which could have a potentially negative impact on the local wine industry:

2) The amended ordinance prohibits the vast majority of special events at the boutique wineries, and continues to prohibit weddings and parties. Under the definition of “events” proposed in the amended ordinance, even small events such as birthday or works parties could be considered prohibited. Needless to say the inability for boutique wineries to host such events would negatively impact their ability to attract customers and build the reputation of the San Diego County wine industry.

3) The amended ordinance brings boutique wineries under the auspices of the commercial building code, potentially resulting in the application of onerous zoning requirements onto small agricultural operations that have neither the funds nor the time to ensure compliance with the myriad rules contained in the zoning ordinance. If anything, this requirement directly contradicts the purpose of the original ordinance, which was to simplify and encourage the growth and development of boutique wineries in the region.

4) The amended ordinance severely restricts the ability of boutique wineries to provide food on-site, prohibiting the preparation of any foods except as is permitted as a single-family home Cottage Foods Operation per Health and Safety Code Section 113758. This means that boutique wineries would not even be allowed to have food trucks, which are ubiquitous in San Diego and have greatly aided the development of the craft brewery industry in San Diego, on site. This is despite the fact that entities such as Licensee Education on Alcohol and Drugs generally acknowledge that offering food for consumption on sites where alcohol is sold and consumed helps to mitigate the risks of alcohol consumption.

One final issue to consider is that the original ordinance was extensively litigated for a period of four years prior to finally obtaining approval. Enacting an amended ordinance at this point again opens up the door to more litigation and could result in another extensive round of court battles to the detriment of the San Diego County viticulture industry.

For the above reasons, D’Egidio Licari & Townsend attended the workshop in support of the position of the San Diego County Vintner’s Association, of which Mr. McCuaig and Mr. Lloyd are members, that the amended ordinance is not the best way to move forward at this time. Let us not go down the rabbit hole and tamper with an ordinance, which though not perfect, has resulted in swift and tangible benefits to the San Diego County wineries. In sum, “If it ain’t broke, don’t fix it.”